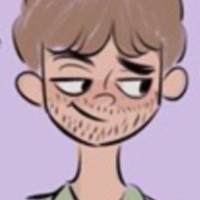 I’m from Spain, lived in the UK for seven years and came to Japan in 2012.

I majored in journalism in London and have been teaching English in Tokyo.

I like traveling, cycling, photography, movies, and spending time with friends.

I wrote articles about life in Japan as a foreigner and anything that I might find interesting.

My email is sergio.dom.jpn@gmail.com, by all means contact me about anything!

Spy Family is the new hit anime produced by Wit Studio and CloverWorks and based on the eponymous manga by Tatsuya Endo. The series is set against the backdrop of a conflict between the fictional countries of Ostania and Westalis, with both powers seemingly maintaining a fragile peace, but in fact on the brink of war with each other.

Here are some aspects of life in Japan that foreigners often get wrong.

If you’re even mildly interested in getting a bicycle in Japan, I highly recommend you do so and discover the world around you. You won’t regret it.

I love Okinawa. Japan’s tropical archipelago is a wonderful destination for those seeking a respite from the daily grind.

Applying for jobs in Japan

I recently went through an interview process, with less than perfect Japanese language skills, and I am going to talk about my experience, as well as how job interviews work in Japan in general.

Drive My Car: an introspective story of acceptance and growth

Drive My Car is a Japanese drama film directed by Ryusuke Hamaguchi and based on a short story by famed author Haruki Murakami. The film released in 2021, receiving four nominations at the Academy Awards, including Best Picture, and winning the Academy Award for Best International Feature Film.

Considered an extension of Tokyo's metropolitan area, Yokohama is often overlooked as a tourist destination.

Considered an extension of Tokyo's metropolitan area, Yokohama is often overlooked as a tourist destination.